Fragments of the Chanson d’Aspremont, an anonymous chanson de geste from the end of the twelfth century that narrates the exploits of Charlemagne against the Saracens in Calabria and represents the antecedent of the Chanson de Roland, have been identified in the guard
sheets of three manuscripts conserved at the Bibliothèque municipale d’Alençon (MSS 637, 646, 647) for several decades. The fragments, deriving from a single codex conventionally called S, are published for the first time in this volume; the edition is preceded by a brief
codicological study and examination of the position assumed by S in the broad Aspremont manuscript tradition.
The three manuscripts bound with the fragments of S all come from the abbey of Saint-Martin de Sées in Normandy and are dated to the thirteenth century. They contain copies of Latin works such as the Etymologiae of Isidore of Seville, Bede the Venerable’s commen-
tary on the Gospel of Saint Mark, and the anonymous Historia ecclesiastica gentis anglorum. Analysis of the fragments allows Denis Hüe to reconstruct the original form of S: it was composed of medium-size quaternions; the writing—two different hands?—dates back to the
fourteenth century and places the manuscript in northeastern France, although a rigorous paleographic and linguistic study to support these conclusions is lacking. The author rejects the hypothesis put forward by Alexander Kerr in “The Sées Fragments of Gui de Burgogne
and Anseïs de Cartage,”in Reading around the Epic: A Festschrift in Honour of Professor Wolfgang van Emden, ed. Marianne Ailes, Philip E. Bennett, and Karen Pratt (1998), that S was in fact part of a cyclical manuscript also containing Anseïs de Carthage and Gui de
Borgougne, based on paleographic evidence, since fragments of these two gestes constitute the binding of another manuscript from Saint-Martin de Sées. Hüe assumes, alternatively,
the existence of an “epic”scriptorium at the abbey in which several manuscripts of different chansons de geste circulated because of certain material elements that the fragments have in

Speculum 98/1 (January 2023)common. This hypothesis is not supported by any information regarding the characteristics, including provenance, of the abbey’s manuscript holdings. Hüe’s classification of S within the Aspremont tradition proves to be unreliable, mainly
because the bibliography is outdated, since the work was conducted years ago and is only now being published (see i–ii). In fact, the author’s arguments are based on the old and contested works of André de Mandach (1975, 1980) and the first critical edition of the geste procuredbyLouisBrandin(1923–24),withouttakingintoaccountthenumerousstudiesproduced withinthe research project LaChanson d’Aspremont:Étude delatraditionetédition du corpus français (directed by Giovanni Palumbo from 2010) and the new edition by François Suard (2008). This implies the ascription of S to a conjectural “blue”family that would gather all French witnesses, as opposed to the “green”and “yellow”families composed of Italian and Anglo-Norman witnesses respectively. The Aspremont project demonstrated the fallacy of this classification and, at the same time, the existence of three different redactions of the chanson de geste: speci fically, S represents one of the witnesses of redaction b. Nonetheless, the author cor- rectly emphasizes the proximity of S to another manuscript of the b family, W, by comparing the various versions of a given laisse. The stemma drawn on page xx is not, however, based on rigorous scientific criteria, as it does not take into account any significant common error.
The S fragments amount to about 1,200 lines, i.e., one-tenth of the average length of the chanson; the editorial criteria are explained clearly albeit not strictly applied, and the fragments are usefully placed in the plot of the geste thanks to an agile summary. Unfortunately, the edition is not without errors; indeed, it requires numerous corrections of various kinds. Since it is impossible to give a complete list of errata, I will only point out the most obvious oversights, such as the omission of three whole verses: after line 895 Et Salmanquin son
nevou Lauridan; after line 995 Et mainte espee mainte mace de plon; after line 1176 Ja en ma vie ne quiedra s’onour non. Many other reading errors were found thanks to a random comparison with the diplomatic edition of S produced within the Aspremont project and
checked against the photographic reproductions of the manuscript.
In conclusion, the volume offers specialists one of the still unpublished witnesses of the Chanson d’Aspremont in a not always reliable edition; additionally, the lack of bibliographical update and the absence of a linguistic and palaeographical study do not allow for a complete and correct contextualization of the Alençon fragments.
Paolo Di Luca, Università di Napoli Federico II 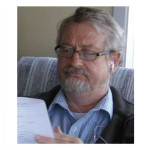